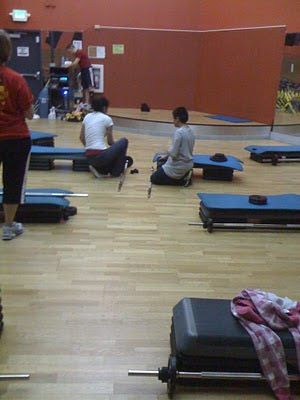 What are plyometrics and how do they fit into a training program? The use of plyometrics has been used according to Ebben (2001), “as one of the primary tools for developing athletic power and speed.”   Plyometrics are defined by Quinn (2008), “involves high-intensity, explosive muscular contractions that invoke the stretch reflex (stretching the muscle before it contracts so that it contracts with greater force).”

Ebben (2001) stated, “Plyometrics can be thought of as exercises that train the fast muscle fibers and the nerves that activate them, as well as reflexes, and include a variety of hopping, jumping, and bounding movements, which ideally are organized into a cohesive program.”

Like all aspects of training, plyometrics need to be implemented into a balanced program design. This decreases the risk of injury and efficiently utilizes them to reach training goals. A challenge with plyometrics is according to Ebben (2001), “choosing the correct exercises and progression of intensity.”

The golden rule of any conditioning program is specificity. This means that the movement you perform in training should match, as closely as possible, the movements encountered during competition (“Brianmac,” n.d.).

When in a training session should plyometrics be performed? The neuromuscular system is primarily involved in their use, so implementing them at the start of a training session is advised.  Ebben (2001) gave the following guidelines:

Plyometrics, like other forms of training are usually only performed two or three times a week. Training should occur in a non-fatigued state. Therefore, these exercises should not be performed after resistance training or aerobic conditioning. Ample rest between sets should be used in order to avoid turning these speed and power enhancing exercises into endurance training. As a general rule, rest five to ten times more than it takes you to perform the set of plyometrics. Thus, if you do a set of multiple hops that takes four seconds, you should rest 20 to 40 seconds prior to the next set or exercise.

Suggestions for implementation from (“Brianmac,” n.d.) are:

Now that you are equipped with the knowledge of implementing plyometrics it is time to learn the categories of their classifications.

Jumps In Place
These are drills where involving repeated jumps and landing in the same place. Some examples include multiple vertical jumps while reaching an overhead object, squat jump, pike jump, or tuck jump.

Standing Jumps
These plyometrics can be performed with either a horizontal or vertical emphasis, but typically are performed for one maximal effort. Examples include the single leg jump, maximal vertical jump, standing long jump, or lateral long jump.

Multiple Hops and Jumps
These drills involve the performance of multiple hops or jumps. Examples would include multiple long jumps or cone hops performed in succession, such as 5 hops in a row.

Box Drills
This type of plyometric is performed using special boxes or other stable elevated surfaces that the exerciser attempts to jump up to. Examples of these drills include box jumps, repeated box jumps, and single leg box jumps.

Landing is an important aspect of plyometrics. Beith (n.d.) advised:

Before landing, dorsiflex the feet by pulling the toes up toward the shin. Be sure to land flat footed. Athletes should not land heels first or land on the balls of their feet so that the heels are off the ground. Practice landing softly. Absorb each landing with the muscles instead of joints and ligaments. This may mean dropping   the hips into a half squat position upon landing. This will allow a soft landing (the feet shouldn't make a loud noise upon contact). Reestablish balance before the next repetition. Athletes should not perform successive repetitions until their center of mass has been stabilized.

The amount of plyometric training, or volume, which is performed in any given training session is measured by the number of foot contacts. Beginners often perform approximately 80 to 100 foot contacts per session. However, half of that amount may be appropriate, particularly for children, older adults, or those who are untrained. Obviously, exercise intensity is an important consideration as well. Eighty foot contacts of a variety of line hopes, cones, and ankle hopes is dramatically less intense than 80 foot contacts of high box depth jumps, single leg jumps, pike   jumps, and maximal overhead jumps and reaches.

Ebben (2001) suggested the following program design for twice a week:


When introducing plyometric training to inexperienced athletes, keep the total number of ground contacts (the number of times the feet land on the ground) between 40 – 60. Gradually progress as technique becomes perfected.


Box Jumps
Begin in a quarter to half squat position. Start off at low heights (12” – 24”) to establish proper form and technique. Jump up onto a box using two feet. Upon landing, if the hips drop lower than the original starting position, the box is likely too high for the athlete’s current ability. After each repetition, step down off the box.
Begin with 3-4 sets of 5 repetitions.


Linear Hurdle Hops
This drill can be done with cones or mini hurdles. We begin by using 6” mini hurdles and allow athletes to ‘graduate' to the 12” hurdles once they accomplish triple extension, a soft landing, etc.
Line up 6 hurdles approximately 3-4 feet apart. Hop over each hurdle, focusing on all of the elements that were listed in the Coaching cues section. Make sure that athletes have their feet evenly aligned before each jump and that they are applying equal force with each leg. Many inexperienced athletes favor one leg and this can lead to muscle imbalances, compensation and injury.
Begin with 3-4 sets of 6 hurdles.


Lateral Hurdle Hops
Lateral stability is important to develop when developing the power of the complete athlete.
Use the same set up at the Linear Hurdle Hops. The main difference is that the athletes will now be moving laterally. Focus on the same cues as before with extra emphasis being placed on equal force exertion between the left and right leg. Athletes performing this drill have a tendency to push off with one leg instead of using both equally. When performing this drill, make sure that athletes perform an equal number of repetitions moving to the left as moving to the right.
Begin with 2-3 sets of 6 hurdles in each direction.

In conclusion, plyometrics are an effective training tool to improve balance, power, agility, and coordination. With the correct use, program implementation, and safety guidelines they can help an individual reach their training goals.