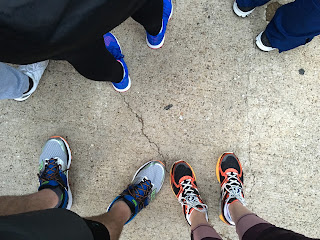 The Music Run is a 5k race that was held in Dallas, Texas on March 12, 2016. The Music Run plays various styles of music along the course. The specific songs were voted online prior to the race. It was an early evening race and along the course were illuminated markers when the music style changed. I snapped pics on my iPhone while running so please excuse the quality!

This was my first time to run this race, however I have raced many races from 5k’s to marathons. One of my first impressions of the gathering race participants was the young demographic. Everyone primarily seemed in their 20’s. Most races I have raced have a variety of ages from kids to elderly participants. 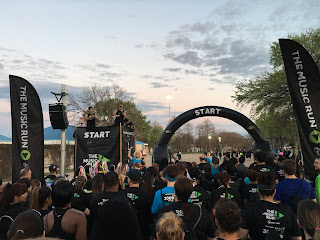 My next impression of the race was the staggered start. All participants were waiting to run in a race chute but only a certain number were allowed at a time. There were not pacing groups or anyone lined up by pace. It was simply a squishing effect of first come, first serve while approaching the starting line. 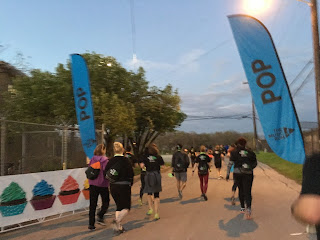 The race began and the staggered start allowed waves of runners onto the course. The course itself did not feel well planned. It included uneven pavement parking lots and roads around the fair grounds. As the sun set seeing the road became increasingly difficult. Myself as well as other runners twisted ankles in potholes. 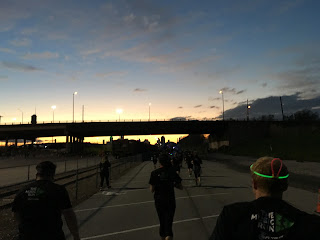 I was unhappy there were not mile markers on the course. At first, I thought the point where each music style changed marked the miles but there were too many of them. A huge pet peeve of mine when racing is to not have mile markers. If you are a runner who wants to track your pace then mile markers are essential. My fitness tracker is notoriously off regarding mileage (thanks, Apple) and running phone apps are not always accurate either. 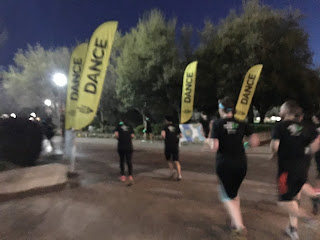 After twisting an ankle in a pothole, tripping a few other times due to the lack of light on the course and then no mile markers I was in a less than thrilled mood. However in the spirit of enjoying a race I paid for and was half way through, I decided to look for positive aspects about the race. The only thing I could think of was they had several speakers along the course so music was always heard. That was a unique aspect about the race. 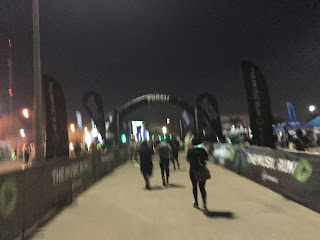 I hit the finish line with a decent-for-me 5k time. Another disappointing factor though was that the finish line was not illuminated except for one nearby parking lot light. It would have been nice to have lights on it while runners go around a corner and are looking for it. I was glad I stepped outside of my race comfort zone and tried something new. However, there are far better races in my opinion. Any race is not worth the risk of injury. I will stick to races where safety is a clear priority.


I received zero compensation by The Music Run. My opinions are my own after paying & participating on my own accord. 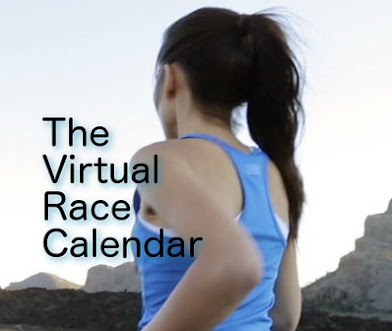 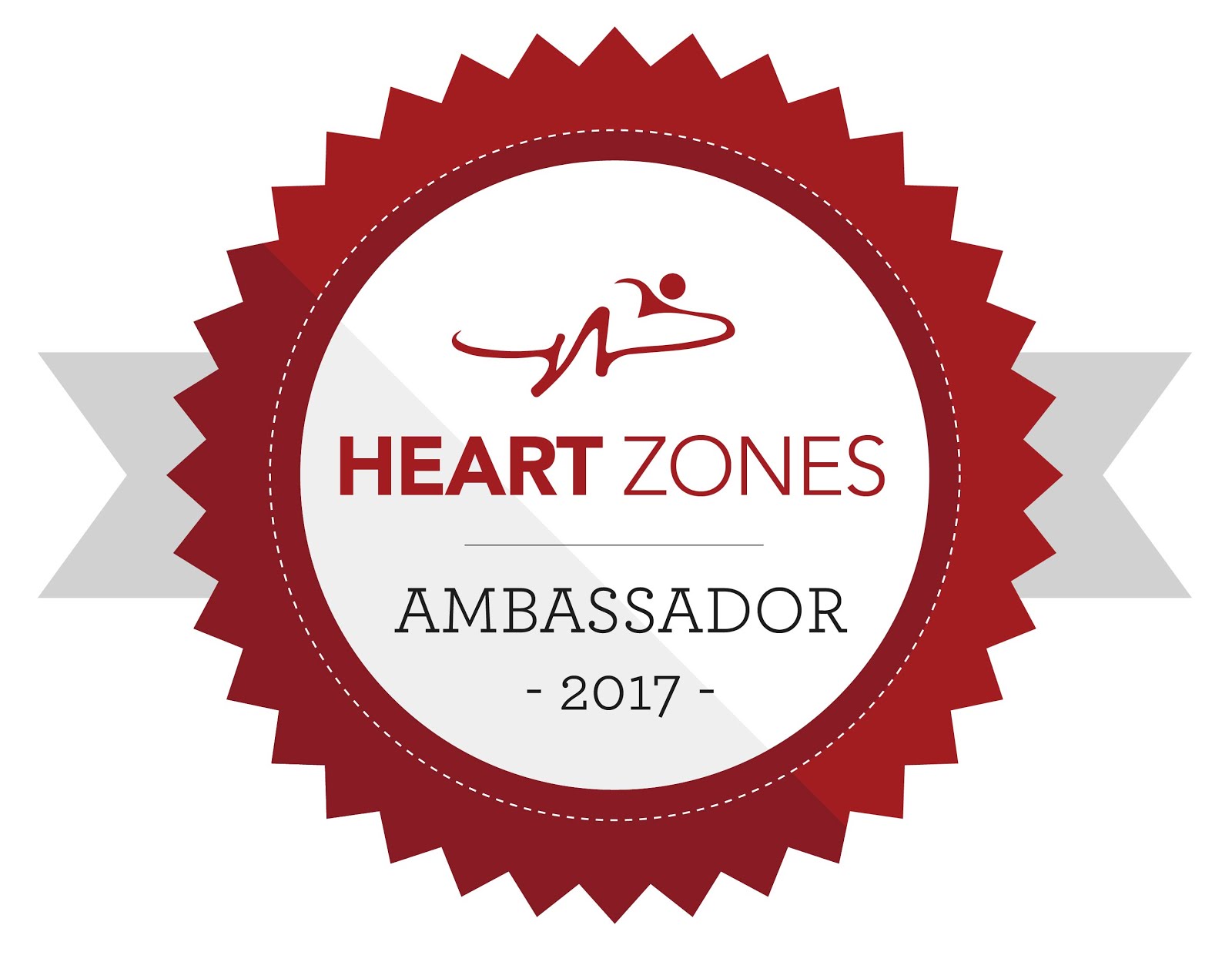